Showing posts from December, 2011
Show all

- December 28, 2011
Now that 2011 is coming to a close, all the tech blogs and online magazines are predicting what to watch out for in the coming year. I wrote about how futurists predict tech trends in a blog I posted on 6 December 2011 , so I thought it would be fun to list some of the technologies people say we can expect in the coming year. I compiled a list of 20 "in 2012" lists, culled from Twitter, LinkedIn, and a variety of online publications. Interestingly, a number of themes are prevalent in these lists: Social media Gamification (see my previous blog post on this topic ) Tablets and phones/mobile computing Cloud computing Curiously, HTML5, one of the biggest revolutions in the Internet world, was only mentioned once. Mobile payments was mentioned a few times, which I think is going to be the next big thing (maybe not in 2012, but in the coming years.) Lists 11 and 13 are not strictly trend-related, but I thought they were still appropriate to include here as they do s
1 comment
Read more 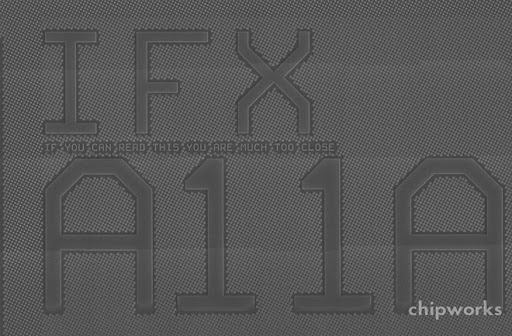 I love technology. I find it fascinating, engaging, and exciting. But while there is so much interesting stuff to read and learn about the latest hardware, software, and tech trends, much of it is not the slightest bit funny...or is it? If you look carefully enough, you will find plenty of humor in technology. Silicon Art Chip designers will often sign their names or include a drawing or message in a microscopic area on the chip.   The following is from inside a Samsung Galaxy Tab as  reported in Wired magazine in March 2011 . The image is magnified by about 200x: See  this other Wired magazine article  for more. Who says chip designers don't have a sense of humor? Easter Eggs In the world of software, Easter Eggs are interesting or funny "additional extras" hidden inside the program by software developers, not necessarily sanctioned by the software house. Only if you know the correct command or sequence of clicks or keystrokes can you reveal the Easter Egg.
1 comment
Read more

This is How It's Done

Play Your Way to Wealth and Wisdom

Video Games are Good for Kids I love a good video game. There is a certain satisfaction when you blast the aliens out of the sky, build a profitable transportation system from scratch, or clear three snooker tables in under two minutes. But all these games are just time-wasters - or are they? Back in seventh grade, when we started using Apple II computers at school, we learned how to make the Logo turtle move around the screen by entering certain commands. What was the point of teaching us Logo? Was it simply a distraction from regular classwork? The answer lies within an article entitled, "LOGO, the Cry of the Turtle is Heard in the Land" by Ian Gronowski, reprinted from a 1984 edition of the Australian Apple Review, here . The reason, Gronowski says, for teaching Logo to kids is that: "Logo provides the learning environment, the context with which the child learns how to reason." In other words, devising the most efficient command to instruct the Logo turtl
1 comment
Location: Beit Shemesh, Israel
Read more

Y. Karp? Why Not! Gets Smart

- December 08, 2011
This blog is now available on your Android or iPhone smart-phone in a mobile-friendly format. Just go to www.ykarp.com and the blog will automatically render to the size of your smart-phone display. Couldn't be simpler. Enjoy! Follow on Twitter: @ykarp Subscribe to Y. Karp? Why Not! or follow on Facebook (see the side-bar). Add this blog to your RSS feed reader.
Post a Comment
Read more

Just two days ago NASA announced the discovery of a planet that could possibly host life. It's called Kepler 22-b. The planet is about 2.4 times the size of Earth and is just far enough away from its sun to possibly be habitable. Kepler 22-b is situated 600 light years from Earth. This means that, with current technology, it will only take you about 7 million years to get there . Assuming that there is sentient life on Kepler 22-b, and assuming that they have the same level of technology as us, we only have about 7 million years until the invasion force arrives. Disclaimer: If there is a sudden run on supermarkets and if there is widespread looting and general mayhem in the streets, I had nothing to do with it... Follow on Twitter: @ykarp Subscribe to Y. Karp? Why Not! or follow on Facebook (see the side-bar). Add this blog to your RSS feed reader.
Post a Comment
Read more

How to Predict the Future

In my previous post I said that I love it when life imitates art. Science fiction gadgets, as we see them on the screen, often turn up in real life in one form or another. I think that the reason for this is that sci-fi writers are futurists at heart. They see the technology as it is now and extrapolate its development to the future. Take a look at the following video, released by Sony in the last week of November 2011. Are we getting closer to inventing a real holodeck? And, just for the fun of it, here is a satire on the whole Start Trek/futurist thing: According to Bryan Alexander's article " Apprehending the Future: Emerging Technologies, from Science Fiction to Campus Reality ", there are a number of different ways to predict future technologies: The Environmental Scan: Repeatedly survey the technological horizon, looking for the leading edges of new projects and trends. One website that does just th
1 comment
Read more
More posts